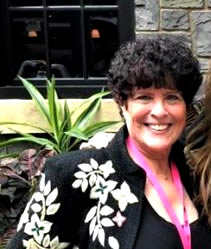 Excuse me while I laugh my ass off, at the new reasoning of why Hillary Clinton lost the White House in 2016.

On Tuesday of this week, Clinton was giving an expensive speech, at the American Federation of Teachers. She didn’t waste any time casting new blame on her failed bid to become President and laying it at the door of the Supreme Court! Her reasoning…no protection under “the protection of the Voting Rights Act”.

Clinton blamed the Court’s 2013 ruling striking down part of the Voting Rights Act as unconstitutional, during her former boss’ administration! Clinton mused down escapism lane during her speech that; “And let me just say it makes a difference. We saw that once again during the 2018 midterm elections which were a case study in voter suppression. Voters faced intimidation and harassment that echoed some of the worst chapters in our nation’s history.
Voter ID requirements amounted to a modern day poll tax. Voter ID requirements, which were literally made up for the purpose of preventing certain people from actually being able to cast a vote that would be counted. We saw fewer voting places, long lines and malfunctioning equipment — again, in certain places.”

Of course, once again, Clinton didn’t give the whole story and she erred in saying the Voting Rights Act no longer exists!!!

The Court struck down the ‘Voting Rights Act’ Section 4(b) ONLY, which contained a formula states had to use to to determine whether they needed clearance from the federal government before altering voting practices. Section 4(b) relied on data more than 40 years old, making it invalid, the Court ruled.

Why don’t we go back to 2012 election. Where posters of Obama were on polling station walls as votes were cast. That’s illegal! Also, we saw New Black Panthers standing outside entrance doors of voting stations. Intimidation maybe?

We had the IRS unnecessarily attacking Tea Party groups before the elections in 2012, by not giving them 501C [3 or 4] status thereby effectively killing tax exempt donations for that election cycle.

The Democrats in power, ignored this and instead, cried voter suppression because of some States requiring Voter ID’s. The Left of course, think it disenfranchises voters, since it proves whether they are citizens and are allowed to vote. They don’t cost anything, yet the Democrats as usual didn’t care. They cried foul! Whiners then and now!

In August 2012, before elections in November, the Washington Post poll, showed nearly two-thirds of African-Americans and Hispanics backing photo ID. The Census Bureau has found that the rate of voter turnout for blacks exceeded that of whites for the first time in the 2012 election. So where’s the suppression?

Again, the Democrats were shown to be out of touch with the masses! The cheap votes that are so coveted by the the Left, are nothing more than illegal! That doesn’t seem to bother them as cheating and lying is their new calling card.

What we are seeing over the last decade are Democrats trying to come up with ways to stack the vote and stop those who they believe are not worthy to be elected. They attempted a soft coup in 2016 with the fake Russian Dossier and it has shown us so far, it went all the way to the Oval Office!

Within the next 6 months to a year, Americans will see, just how desperate those Democrats were/are to win and it will show they won’t stop at anything to secure their victories including breaking the law!