Silk Summary: Chinese Scientists in the US

Thanks Dr Sellin for passing on this information!

“Shan-lu Liu was trained in China and now is a professor at Ohio State and may even be a U.S. citizen.

In 2018 he published with Cheng-feng Qin who is a PLA officer in a high position in China’s biowarfare program.

There is a screenshot (below) from a private Chinese WeChat group that Shan-lu Liu moderates, where the Wuhan Institute of Virology “bat woman” Zheng-li Shi tells Shan-lu Liu to do CCP propaganda. Shan-lu Liu has published such propaganda articles saying COVID-19 came from nature.

Shan-lu Liu has a network of about 100 Chinese scientists in the U.S. with whom he coordinates on issues related to China. I have his email list.”

We already know, Australia TV news broke the story about ALL the Chinese spies working in countries around the world. Look at one example recently from Democrat Congressman Eric Swalwell who was caught with a Chinese spy as a girlfriend/mistress. The Lunatic Left wanted to cover this up, as it makes them look as bad as the rest us know they are!

There are more working in lobbying, our government and in our security organizations. Yet, it doesn’t seem we are doing much to expose them, now does it? 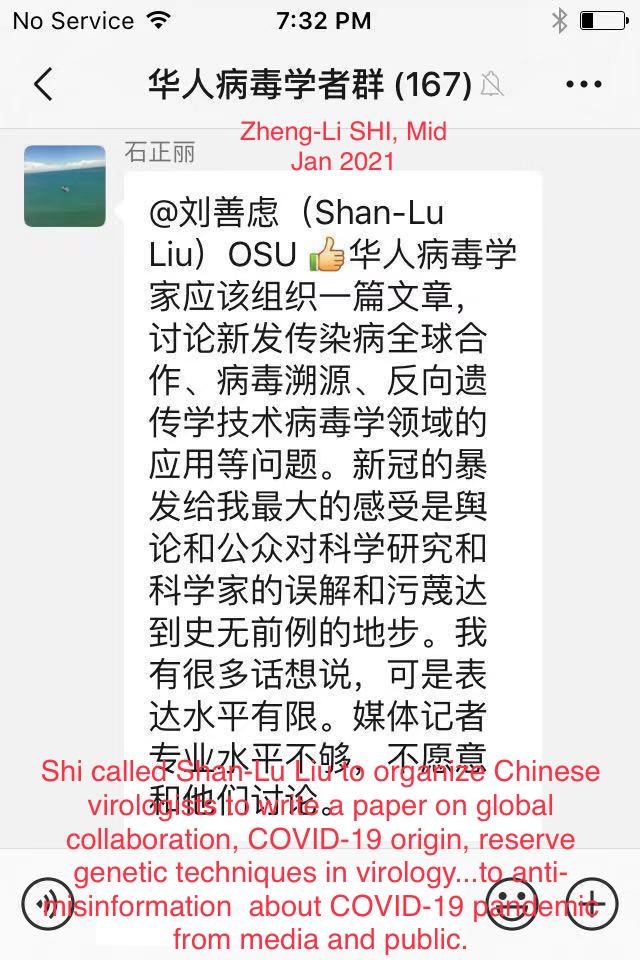